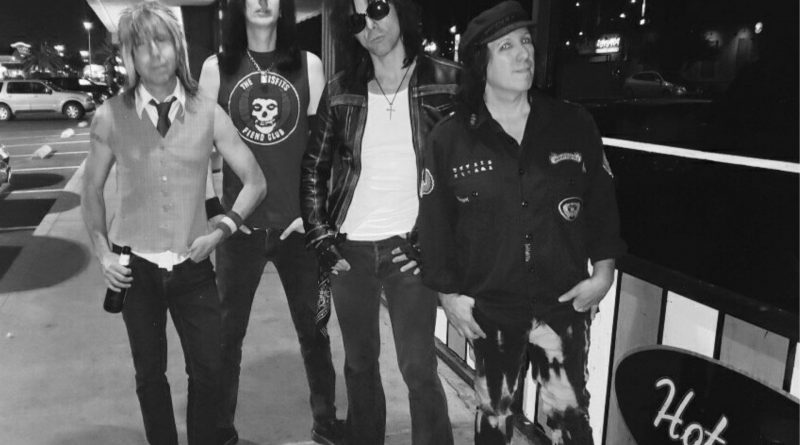 Posted for historical reference only…

Todd Kerns and Team Sin City Sinners will be walking this Sunday to support Aid for AIDS of Nevada. Just click “My Team Page” HERE. in the link and sign up (it’s Free). If you are unable to make it you can also make a donation to Todd’s fundraising page HERE.

For all those that have assisted the Sin City Sinners in their fight of Cystic Fibrosis – THANK YOU! Don’t Forget that the annual GREAT STRIDES WALK is here! Click on the page to join TEAM SINNERS and donate to this most worthy cause! HERE.

Thanks to all the fans and friends that voted for The Sin City Sinners for the Best Of Las Vegas annual Readers Poll. For the second year in a row, the Sin City Sinners has made the list for Best Lounge Performer. There is a lot of tough competition in Las Vegas and this goes to show that the best has staying power! Check out the poll results HERE.

On March 5th Jason Green, the manager of Las Vegas’ favorite band The Sin City Sinners will shave his head in solidarity with children who have cancer and typically lose their hair during treatment, while raising critical funds for childhood cancer research!

“It would be selfish of me not to do this, these kids have no choice when they will lose their hair”
Green said

“There are many venues participating in this great event, but I chose Boulder Station, because Station Casinos has been very good to me and the band. I hope everyone will come out to support me and this great cause”

Anyone who would like to join Jason can sign up to be a member of the SIN CITY SINNERS Team and also have their head shaved at the event. The St. Baldrick’s Foundation is a volunteer-driven charity committed to funding the most promising research to find cures for childhood cancers and give survivors long and healthy lives

In addition to managing the Sinners Jason has a mainstream background in film and television, he is the co-owner of the Classic Adult Film Company Paradise Visuals and also directs, his latest movie “Gia” from SunLust pictures was distributed by Vivid Entertainment and nominated for 5 AVN Awards

“I’m pretty sure I’m going to look awful bald, so I’ll have to rely on my incredible wit and charm for awhile” Green said jokingly

On April 9th Jason will also captain the SIN CITY SINNERS team in a 5k walk to raise money for Cystic Fibrosis Research.

The CD will also be available at thesincitysinners.com

To help raise funds and awareness for Cystic Fibrosis, The Sin City Sinners will be auctioning of a list of items autographed by the band and special guests… All items can be found on e-bay HERE, but here is a list of a couple of the items you will find…

Las Vegas’ favorite band Sin City Sinners have been nominated for a 2011 AVN Award for best original song. For those who might not be familiar the AVN Awards are the Oscars of Adult Movies.

The AVN Awards take place Saturday, January 8, 2011 The Pearl Theater at the Palms Casino Las Vegas
In the past the award has been won by artists including Eddie Van Halen and Snoop Dogg.

Sin City Sinners manager Jason Green’s best friend Amanda Thompson is living with Cystic Fibrosis making this cause very close to him and the band.

“If there is one thing I learned from Amanda, it is to never give up. I could sit around and feel bad or I can step up and try to make a difference” Green said

The band will be selling limited edition merchandise at the show with all profits going directly to Cff.org

“Through managing The Sinners, I have been fortunate to know some really great and famous musicians. Many stepped up to get me items to help raise money for the charity. Growing up these guys were my heroes and they still are“ said Jason

In the 1950s, few children with Cystic Fibrosis lived to attend elementary school. Today, advances in research and medical treatments have further enhanced and extended life for children and adults with CF. Many people with the disease can now expect to live into their 30s, 40s and beyond. The possibility of a cure is only limited by dollars. Money buys science and science buys life, hopefully one day CF will stand for “Cure Found”

On April 9th 2011, Jason Green will captain the Sin City Sinners Team for a 5k walk in Las Vegas to raise money for CF . He will also be joined by all the members of the band and fans are also encouraged to join the band and participate in the walk.

The party starts @ 10pm and is FREE to attend, SIN CITY SINNERS (Todd, Brent, Michael & Rob) will perform two sets and there will be a drawing for an autographed Custom Sin City Guitar and more.

“The Sinners” is a monthly comedic series featuring a “rocumentary” look at the lives of Las Vegas’ favorite band Sin City Sinners.

In this Webisode, the band become worried when Sinners lead singer Todd Kerns leaves for a tour with Slash of Guns N Roses. The remaining band members are forced to contemplate their future, while considering day jobs.

The Sinners is written and directed by Jason Green. He describes the series as a cross between “Curb Your Enthusiasm” and “Spinal Tap”

Sin City Sinners SIN CITY SINNERS will be releasing the acoustic EP “Broken Record” this July.
The CD features new version of your favorite Sinners songs & previously unreleased music. There will only be a limited pressing of CDS and then it will become available on Itunes. Todd, Brent, Rob & Michael will host a CD release party & performance @ Sunset… Station in mid July!

On Saturday May 8th SIN CITY SINNERS will have a premiere party for their brand new video “Goin’ To Vegas. The party will take place @ Ovation (inside Green Valley Ranch) and is hosted by Adult Film Legend Ron Jeremy. This event is FREE and open to everyone. Doors open @ 10pm

The video will be shown on 3 large screens and then will be available on You Tube after midnight for the rest of the world to see.

The show will take place at Ovation (inside Green Valley Ranch hotel & Casino)
Doors will open at 10pm and this show is FREE!

About Pete Loran:
As lead singer for the band Trixter, Pete is a gold record recording artist and has sold over 3 million records worldwide. He has toured with acts including Kiss, Poison, Scorpions and Warrant. The band had three #1 videos on MTV and 2 top 100 Billboard singles. In 1991 Trixter was voted best new band by Hit Parader Magazine. In 2000 they were voted #29 on Vh1’s top 40 hair band countdown.

About Jimmy Crespo:
Jimmy is best known as the man who replaced Joe Perry in Aerosmith from 1979-1984. Crespo co-wrote the majority of the “Rock in a Hard Place” album with Steven Tyler and played all of the guitar.
Jimmy later toured with Rod Stewart and has also recorded or performed with Meat loaf, Billy Squier and Stevie Nicks.

The Sin City Sinners “Exile on Fremont Street” can be found on CD Baby and iTunes. Click on the links on the home page to be directed to the most awesome rock ever!

Eric is best known for being the lead singer of Slash’s Snakepit, and as a former member of Jellyfish and Alice Cooper.
The Doors open and 10pm and it is FREE to attend!

The band would like to congratulate our singer Todd Kerns, on becoming the bass player for Slash’s touring band. This is a great opportunity and a chance to promote Sin City Sinners on national level.

Right now Slash’s live schedule is limited and we are not expecting Todd to miss much time.
However, The Sinners will soon announce an extremely talented and well known sub to fill in for any shows Todd may miss.
You will not be disappointed…

Thanks for your support!
SCS

New Merchandise has been added to the MERCH TENT – Check it out!

Vote the Sin City Sinners as your favorite band to play at Station Casino’s…http://blog.stationcasinos.com/

Get Going to Vegas on Komp Radio’s Homegrown Show!

Here’s a few ways to do it:

Zia Records has released the best sellers for the week and they are!

Thanks to everyone who supported the band, lets do it again at the Zia Records Eastern Location on March 6th, 7pm!

A Message from Michael Ellis

To everyone who attended the release party last saturday… THANK YOU!!! the response was truly overwhelming.​.​.​ and far surpassed any pre conceived expectations any of us had….. I have been hit up all day with people telling me what a great show it was and believe me if it was a great show it was your energy we were feeding off of… so once again from Todd, Brent , Rob, Jason and myself ……… THANK YOU For making that night better than we anticipated…

Officially finished mixing Exile On Fremont Street. Gonna sit on it for a couple days then begin the mastering process. After that it’s off to manufacturing so it will be ready for it’s February 13/14th release date. Some amazing people helped to make this happen-Kurt Frohlich, Kevin and Kane Churko, Tom Parnham, Vinnie Paul and of course my fellow Sinners and our manager, Jason.

Looking forward to setting this animal free upon an unsuspecting public.

It is time to vote for The Best of Vegas again.
Last year was very controversial, as Sin City Sinners came in second to The Killers. Many would argue the Killers are not a local band.

Please only vote once, but feel free to get all your friends in on the action!

You can write in and vote For Sinners in the following categories:

Blog From The Front
In the home stretch now. Just finished a punishing mix of Probable Cause and moving on to the Brent Muscat masterpiece Big Time Superstar. Epic is the only word for that one. Played multiple AVN Awards shows last week. Jammed with Jeff ‘Skunk’ Baxter from Steely Dan and the Doobie Brothers. Played the Public Enemy classic 911 Is A Joke with Flava Flav. Flav loves weed. Of course Sir Ron Jeremy was the MC. Valentines Day 2010 is the official release date for Exile On Fremont Street. Valentines Day Massacre indeed. Back to the rock mines. If you don’t hear from me in a week just wait longer. Your loyal and humble servant, Todd Dammit

The Voting has ended on Chart Attack – Thanks to everyone that voted for TK for hottest Canadian Male!!!

Chart Attack’s 2009 Readers Poll is out – this is a great poll for all to vote on. The one category we would like your vote on is Canada’s Sexiest Man…

We will be selling our new CD – “Exile on Fremont Street” on the Merch Tent Page, and will be adding new Merchandise as it becomes available! 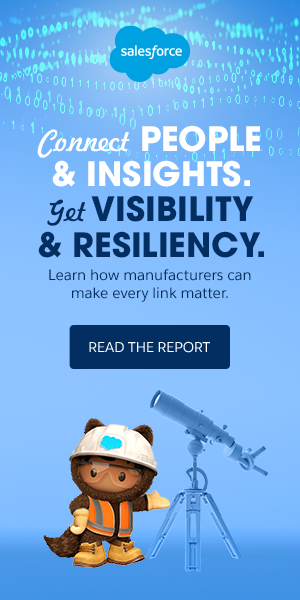